There is exciting news from the Performing Arts Department.  We are launching our first whole school musical in more than 7 years - Bugsy Malone!  The performance has been pencilled in the calendar for 4 and 5 March 2022 – add to your diaries now!

Auditions were held for students to sing, dance, act, and to crew this show.  The standard was very high and everyone auditioned will have a role to play in this exciting production.  Although the main roles have now been cast (details below) it is still not too late to get involved as there will be a second round of auditions in September with dancing, singing and acting parts still to be cast. 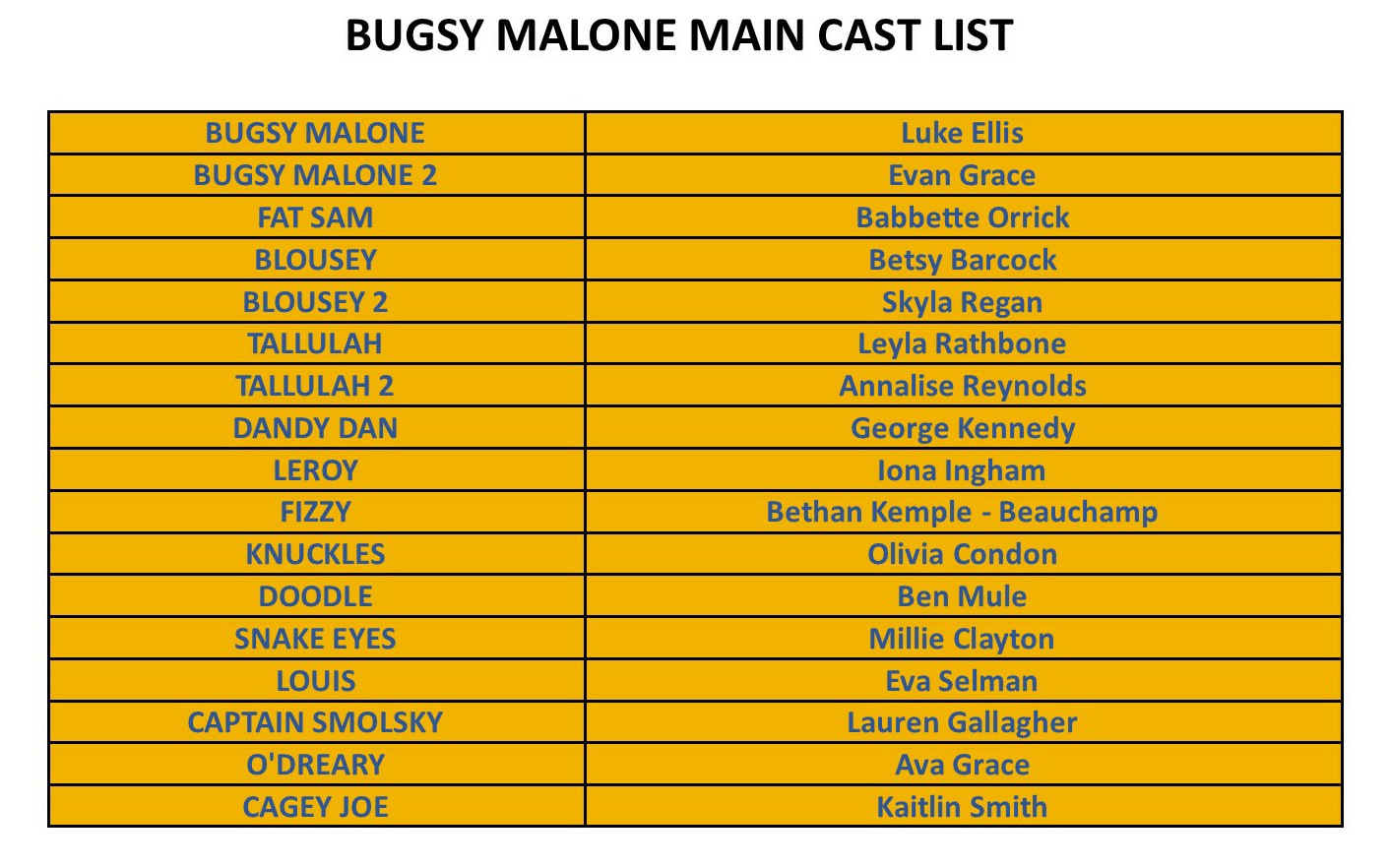