Learn with the Lords Parliament UK 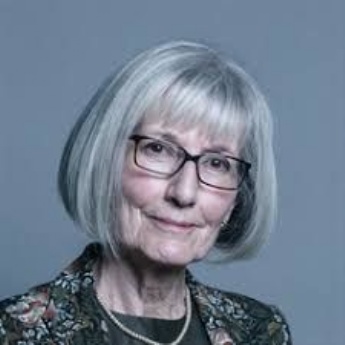 On Thursday 15 October, our Year 12 and 13 students had the opportunity to participate in a question and answer session via a Teams video call with Baroness McIntosh of Hudnall, Deputy Speaker of the House of Lords through the Learn with the Lords Parliament UK Education Outreach programme.  The Baroness began by discussing her background and appointment to the House of Lords under Prime Minister Tony Blair’s New Labour government.  Beginning as a part time attendee of the House, she explained how she gave up her career in the arts to focus on her responsibilities as a Peer within the House of Lords, which allowed students to comprehend how politics works from the perspective of a current member of the House of Lords.

A hot topic of conversation was naturally the current situation regarding COVID-19, and the impact that this has had on the proceedings of Parliament.  The House of Lords has had to modernise, moving to Team meeting and live broadcasts via Zoom – unlike the House of Commons, the House of Lords has moved to electronic voting systems.  The conversation moved to the handling of the 2020 examination series, and the Baroness expressed the view that 2021 should avoid anything as chaotic from taking place, and that a regulated and consistent approach would be the best way forward.  As a Labour peer, students were interested in how Baroness McIntosh felt the party had handled the claims of anti-Semitism within the party.  Describing the issues as ‘deeply troubling’, she was supportive of the ‘unprecedented scrutiny’ of the quality commission, and is optimistic that under the new leadership of the party, they can ‘get back on track’.  She was complimentary of the way that younger members of society had been energised by controversial issues such as HS2 and climate change, and that this is the reason is supportive of extending the franchise to include votes from 16- and 17-year olds.  Her reasoning for this was that we ask a lot of young people in society, and a number of the decisions that are made by voting (about education, the environment and the EU) impact upon people aged 16-18, and therefore their views should be taken into consideration in a representative democracy.  This has previously been debated by students in class, and the results of the debate are always split fairly evening in favour of and against.

As a member of the House of Lords, Baroness McIntosh cannot vote in general elections, so impressed upon students why she believes voting is important at any age – regardless of political affiliation!  Unable to visit Parliament in person at the moment, students thoroughly enjoyed having the opportunity to engage with a member of the House of Lords, especially as the Baroness was very candid and frank with her responses.  The Learn with the Lords team has since been in touch to let the school know how impressed they were with the maturity of our students, and the standard of discussion and have allowed us to pass further questions onto the Baroness for more comments; we struggled to stay within the 30minute allocated time provided!