Sports Round Up - Autumn 1 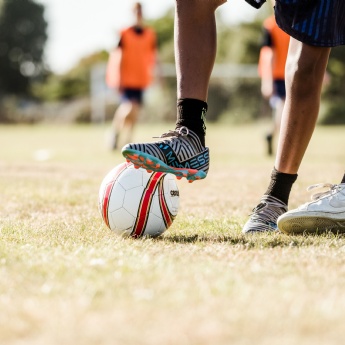 Our sports teams have been playing well this term in their various fixtures.

We have had a very busy half term with 17 matches completed by the start of the half term break. In the County Cup the Year 10 team is through to the Quarter Final- congratulations! The other teams either progressed well or are still to play over the coming weeks.

In the Football league the Year 7 team don’t begin their fixtures until their league starts in March but the Year 8 team have had a great start with 100% success so far and notably a win of 5 – 0 over Amersham earlier this month. Particular commendations go to Kia Thomas and Harry White for their great goals.

The Year 9 team have had a great start to the league with 2 wins from 2 and especially a 4 – 1 win over Misbourne. The player of the match was Aaron Frewin for his scoring, possession and overall performance.

The Year 10 team have had a mixed start to the league. Their best result so far was the 4 – 1 win over John Colet earlier this month in the County Cup and particular congratulations go to Taylor Massey for scoring 7 goals in 5 school fixtures! That’s at least one goal in every match this season so far.

The Year 11 team have also had a mixture of wins and losses this season so far. Felix Fox deserves a special mention for working hard as the Captain both on and off the pitch. Well done.

In Netball many of the teams have been promoted to tougher leagues this season after a hugely successful time last year. The Year 7 team has been expanded to 2 teams this season and will start their fixtures after half term now they have had time to gel as a team. Well done girls for your commitment to the sport.

The Year 8 team has had a win and a loss so far but have more fixtures and hopefully more successes to come. Well done to Sophie Taverner for receiving the player of the match awards and to Emma Jones for being chosen to play up for Year 9 and doing a fantastic job.

The Year 9 team has only had one tough fixture against Dr Challoner’s so far so are working hard for more success this week and after half term. Congratulations to Amy Vojkovic who was chosen as the player of that match.

Sports Person of the Month

The PE Department has also selected the first Sports Person of the Month for the new school year. September’s recipient is a student in Year 8 who has been working incredibly well in both their PE lessons and on the Football pitch.

For this level of commitment and success the September Sports Person of the Month is awarded to: